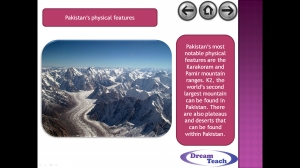 This presentation looks at the devastating floods which have affected Pakistan in July and August 2010. It gives some background information about Pakistan, before looking at the cause and effects of the flooding. 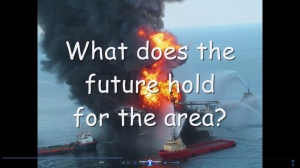 This movie introduces the explosion and subsequent oil spill off the coast of the USA. Click the tab in the bottom right corner for full screen. 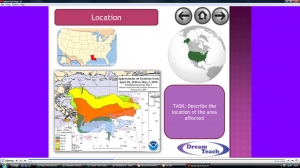 This presentation provides information about the explosion and subsequent oil spill off the coast of the USA. 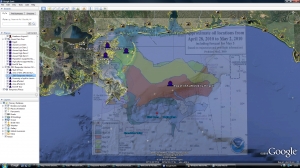 This Google Earth tour looks at the impact on the Louisiana coastline using a photo overlay. When Google Earth has loaded, click the play icon half way up the screen on the left hand side (bottom right corner of the places box). It works best with 3D.. 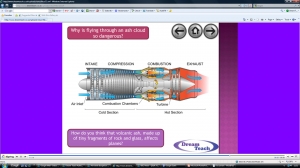 This presentation takes a look at the causes and effects of the Eyjafjallajoekull ash cloud. There are some pupil tasks included within the presentation. 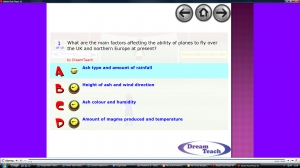 These games are very popular with pupils. Pupils answer questions in order to take penalties! As there is the option of one or two players, they can be used with individual pupils or groups of pupils. It works particularly well if the class is split.. 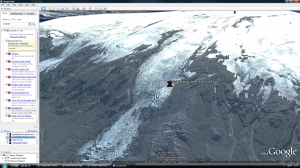 This tour takes in a range of locations from the Eyjafjallajökull glacier and volcano location to some of the airports affected by the no fly restrictions. To play the Google Earth Tour, click the link. When Google Earth has loaded, click the play icon.. 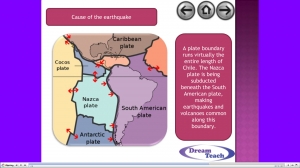 This presentation looks at the imapct of the 2010 earthquake in Chile. It looks at Chile prior to the disaster before identifying the cause and effects of the earthquake. 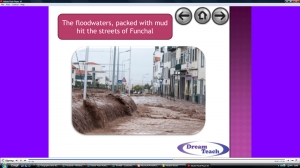 This presentation looks at the impact of the Madeira floods and landslides from February 2010. There are a range of questions throughout to get pupils thinking about the causes, impacts and aftermath of the disaster. 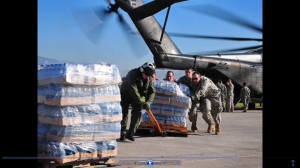 This movie highlights the terrifying plight that the people of Haiti have suffered, focussing particularly on the slow speed at which aid is being distributed. To play in full screen, click the tab in the bottom right hand corner. Some useful.. 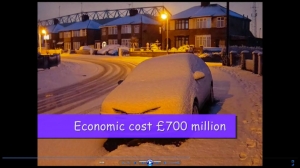 This movie looks at the problems caused by the "Big Freeze" in the winter of 2009-10 across the UK and parts of Europe. To enlarge the movie click on the tab in the bottom right corner. 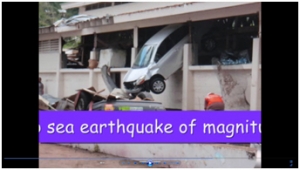 Earthquakes of September 2009 (Indonesia and Samoa)

This movie helps to illustrate the huge impacts upon peoples’ lives in September 2009 as two large earthquakes shook Indonesia, and one struck Samoa.  To enlarge the movie click on the tab in the bottom right hand corner. 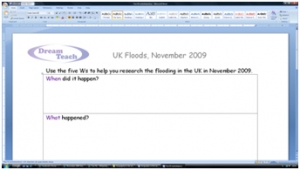 These resources look at the huge storms that rocked the UK in the autumn of 2009. This is a worksheet investigating using the why, what, where, when and who chain of questioning. ICT access would be very useful, or it could be set as a homework.. 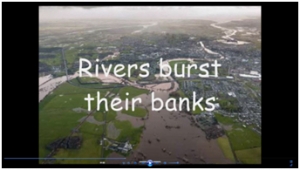 These resources look at the huge storms that rocked the UK in the autumn of 2009. This a movie to provide pupils with an introduction to the flooding and the damage that it caused.