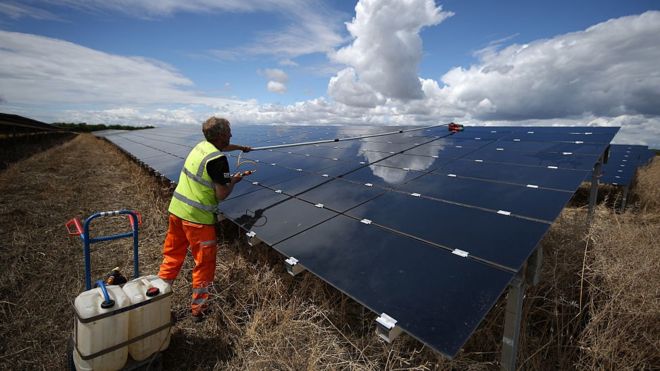 Prime Minister Theresa May said there was a "moral duty to leave this world in a better condition than what we inherited".

Britain is the first major nation to propose this target - and it has been widely praised by green groups.

But some say the phase-out is too late to protect the climate, and others fear that the task is impossible.

The UK already has a 2050 target - to reduce emissions by 80%. That was agreed by MPs under the Climate Change Act in 2008, but will now be amended to the new, much tougher, goal.

The actual terminology used by the government is "net zero" greenhouse gases by 2050.

That means emissions from homes, transport, farming and industry will have to be avoided completely or - in the most difficult examples - offset by planting trees or sucking CO2 out of the atmosphere.

The government's advisory Committee on Climate Change recommended the "net zero" target in May.

Its report said if other countries followed the UK, there was a 50-50 chance of staying below the recommended 1.5C temperature rise by 2100.

A 1.5C rise is considered the threshold for dangerous climate change.