As a result of the increase in activity, ash was recorded falling in the municipalities of Tetela del VolcÃ¡n, Yecapixtla, Tlalnepantla, Totolapan, Cuernavaca, Tepoztlan, Huitzilac and Tlayacapan in Morelos. 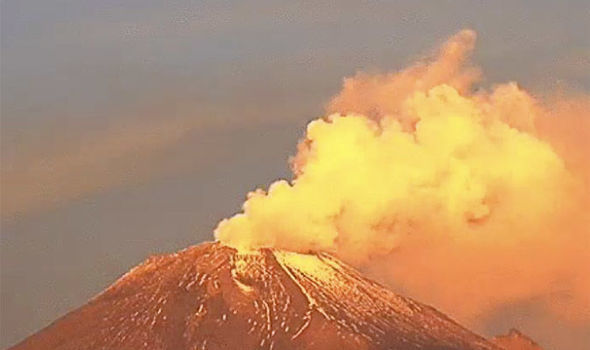 Ash and gas shot into the air for more than 24 hours and the governmentâ€™s Centro Nacional de Desastres (CENAPRED) urged people to stay well away.

Activity at Popocatepetlâ€™s summit has increased since 1994 when people were sent scrambling during a violent eruption.