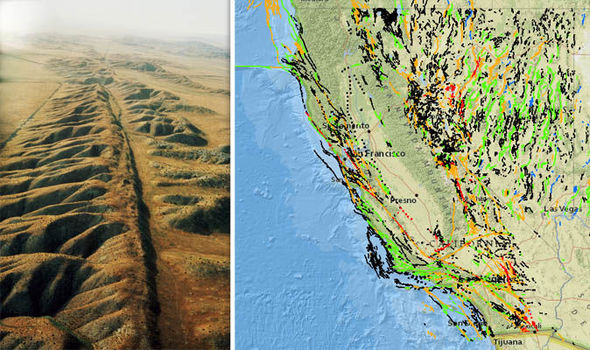 The San Andreas fault line is an 800-mile long tectonic boundary between the Pacific Plate and the North American Plate â€“ two great fragments of the Earthâ€™s crust.

â€œSoutheastward from Cajon Pass several branching faults, including the San Jacinto and Banning faults, share the movement of the crustal plates.

â€œIn this stretch of the fault zone, the name â€˜San Andreasâ€™ generally is applied to the northeasternmost branch.â€

In the study, Dr JÃ¤necke wrote: â€˜The great width of the East Shoreline fault zone in Durmid Hill and the even larger with and spatial extent of the Durmid ladder structure imply that surface faulting hazards from a major earthquake rupture in this part of the San Andreas fault zone might be dispersed across a 40 square kilometres area, if both master faults and the intervening cross faults are activated at once.â€ 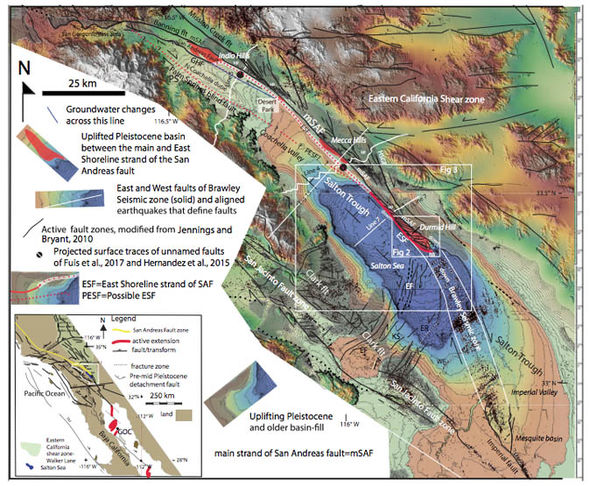 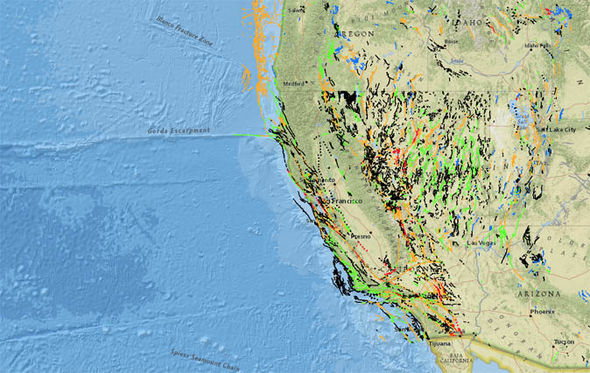 The uncertainty makes it hard to predict future earthquake behaviour, Dr JÃ¤necke added, and until recently geologists only focused on the active San Andreas fault.

The study noted: â€œIf ladder-like strike-slip fault zone rupture in a piecemeal fashion they will have an especially unpredictable surface-faulting hazard.â€