This worksheet provides an excellent research task, combining Geography, the World Cup and Brazil It could be completed in school if ICT access is available or completed as a homework task. 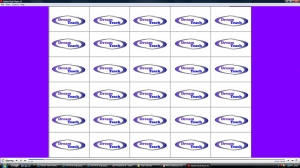 Pupils take turns clicking one of the DreamTeach logos to pick a team. This is the team that they will research in the worksheet that follows. England are not included, nor are Brazil (there is a separate worksheet for Brazil). 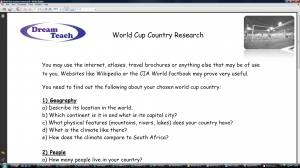 If ICT access is possible then this worksheet will work very well. If ICT access is not available, then a range of resources such as atlases and World Cup guides will be needed. Pupils simply answer the questions on the worksheet, for the country that.. 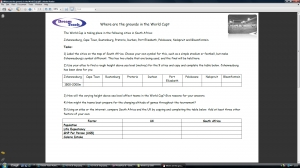 2014 World Cup- where are the grounds worksheet 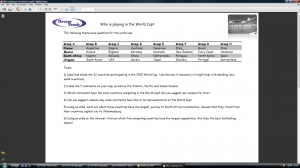 This worksheet gets pupils mapping the countries taking part, before asking them to identify patterns and suggest reasons for any trends. 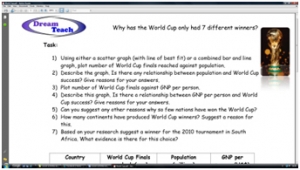 These resources look at the World Cup and the effect that Geography may have had upon the winners. Pupils then work through this worksheet, looking at why there have only been 8 winners of the World Cup. 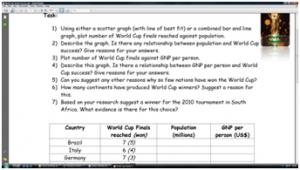 These resources look at the World Cup and the effect that Geography may have had upon the winners. Pupils then work through this worksheet, looking at why there have only been 8 winners of the World Cup (This is the harder worksheet requiring data collection.. 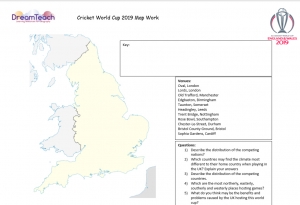 These map work actvities tie in nicely with the 2019 Cricket World Cup being hosted in the UK. 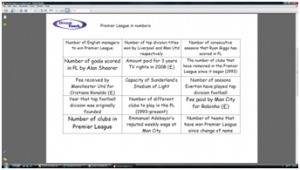 There are excellent numeracy links in this resource. Pupils have to match up the correct numbers with the correct statements about the Premier League. It works well if the statements sheet is laminated, and then pupils can simply overlay the correct.. 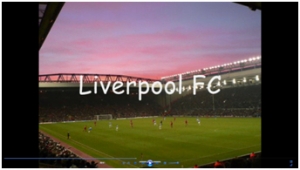 This movie introduces the Premier League. It assists with a variety of work looking at where the Premier League clubs are located, and where their players have come from. To enlarge the movie click on the tab in the bottom right hand corner.. 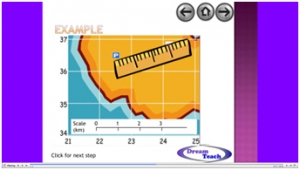 This scale presentation will help pupils with the measuring of the distances that their players have travelled. 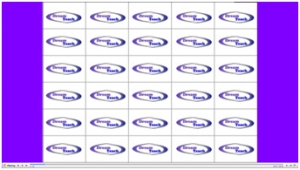 There are excellent ICT links in these resources which look at where players have travelled from to play Premier League football. ICT access will need to be booked, or the searching tasks set as homework. Pupils pick a team at random using this team.. 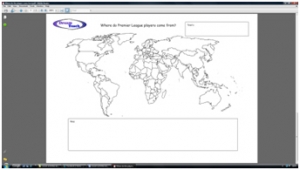 Pupils work through the tasks on the worksheet, finding out where players have come from, how far they have travelled, and they map their findings. They will need ICT access to find where they have come from. Teacher instructions are included on the.. 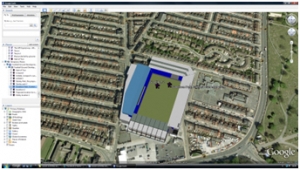 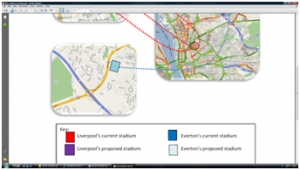 These resources focus on the new ground developments for Liverpool and Everton football clubs, and the impact that they will have upon the city. This factsheet provides information and locations for the existing and proposed stadia for Liverpool and.. 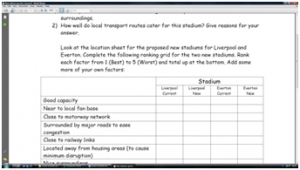 These resources focus on the new ground developments for Liverpool and Everton football clubs, and the impact that they will have upon the city. The question sheet gets pupils to rank the 4 stadia interms of how they will impact upon people and the city.. 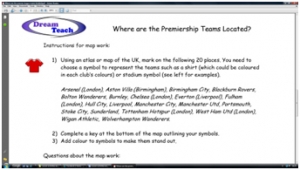 English Premier League- where do the players come from worksheet

These resources look at the Premier League and where the clubs are located. This worksheet gets pupils using their atlas skills, in order to map the location of the 20 Premier League teams. 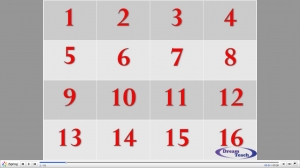 Pupils choose a country using the random picker. They then use this country with the follow up worksheet. Get pupils to pick 1 of the 16 teams using the country picker resource. Pupils then need to research the country in terms of both Geography and its football team in order to complete the worksheet. 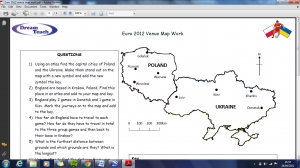 In this worksheet, pupils have to add details to a map of Poland and the Ukraine and use their map skills to answer questions about the venues. This worksheet asks pupils to map the venues being used for the Olympics. They then have to use their atlas skills in order to find the latitude and longitude of venues, as well as the distance from their school. 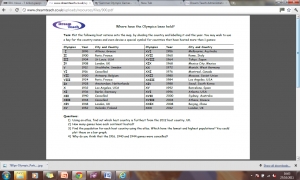 This worksheet looks at the locations of the modern Olympic Games. Pupils have to map these using the map provided before answering the questions. 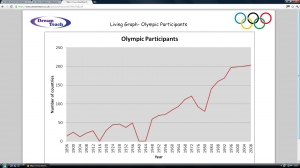 Pupils need to place the correct statements on the correct part of the graph. It doesn't matter how high or low the statements go, as they are concentrating on the year(s) that the events took place. The statements and answers are in the next resource.. These statements and answers accompany the previous graph resource. 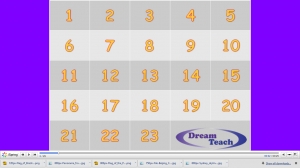 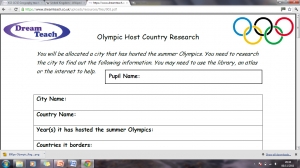 Pupils will need to be allocated a country using the country selector resource. They then need to complete this worksheet using the library, internet or an atlas for help. 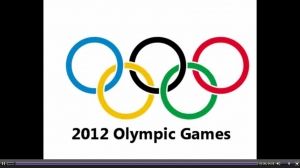 This movie introduces the Olympics in London and looks at the venues of past games. 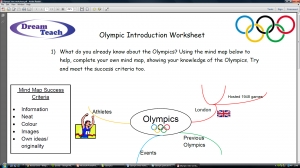 This worksheet accompanies the introductory movie and provides a nice start to the topic. It would also work well with the dominoes. 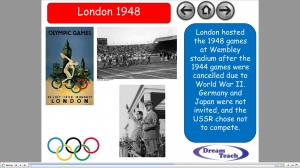 This presentation introduces the summer Olympics looking at the history behind the games and previous games in London. 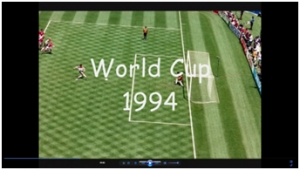 These resources look at the World Cup and the effect that Geography may have had upon the winners. This movie introduces the World Cup. To enlarge the movie click on the tab in the bottom right hand corner.